You Belong at UC!

The personalized approach bumped readership and response rates, resulting in increased consideration among prospects, especially high-achieving students and their influencers. Generated 214 UC applications, 33 applied to CECH, of which 26 received an offer of admission.

Admitted students were then targeted with personalized direct mail and email marketing, driving them to confirm their admission.

This resulted in an increase in confirmations and record freshman class for fall semester 2014 as well as contributed to CECH’s place as one of only four UC colleges up more than 10 percent over the same period the previous year. 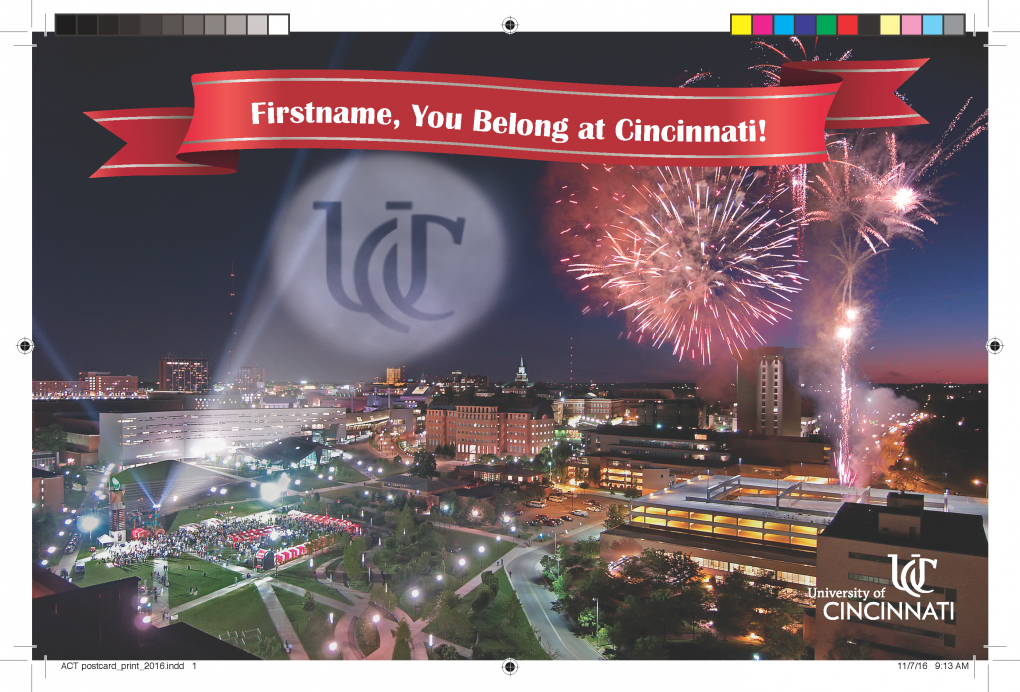 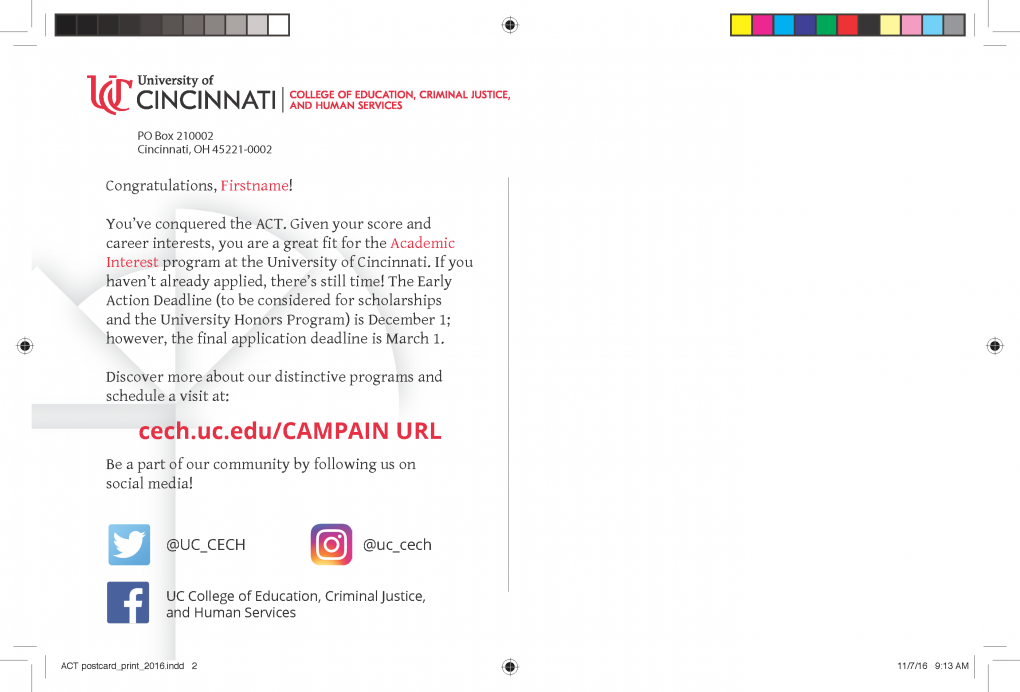 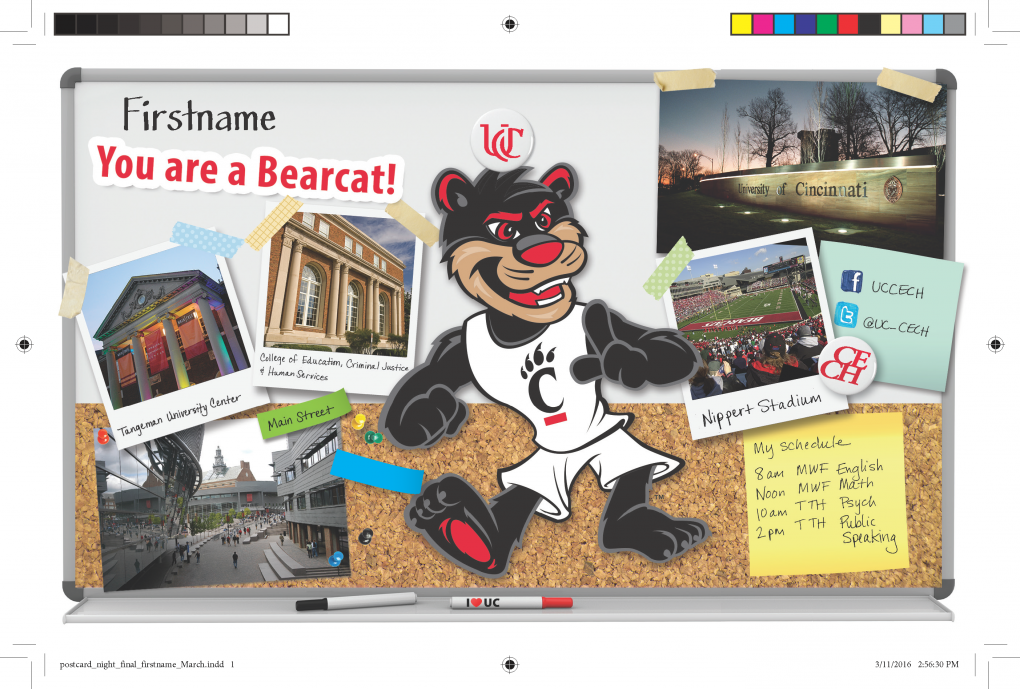 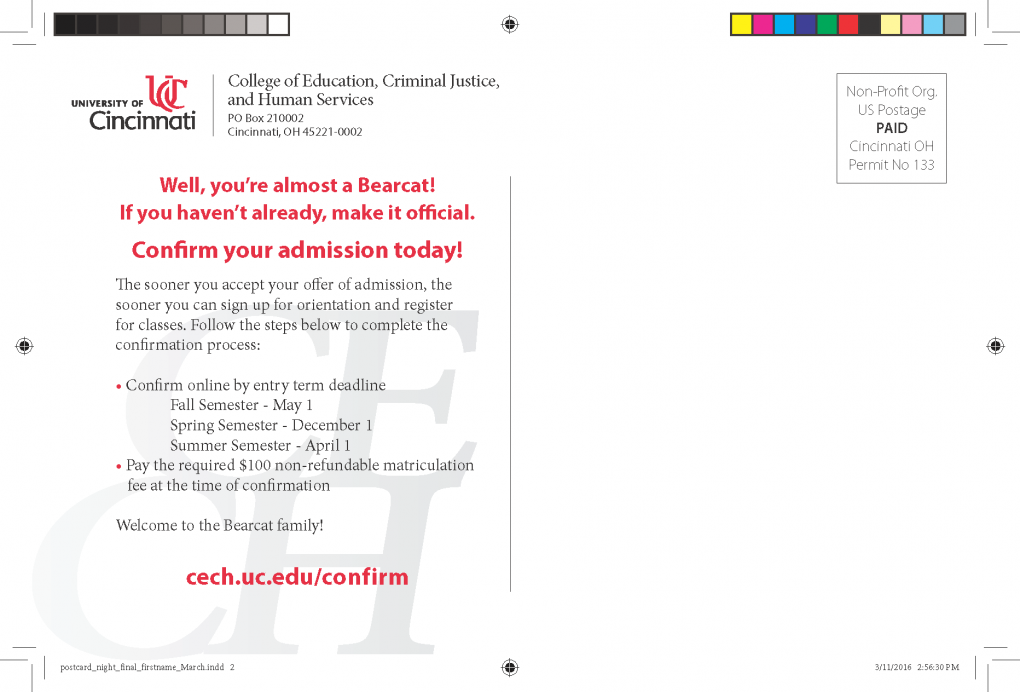 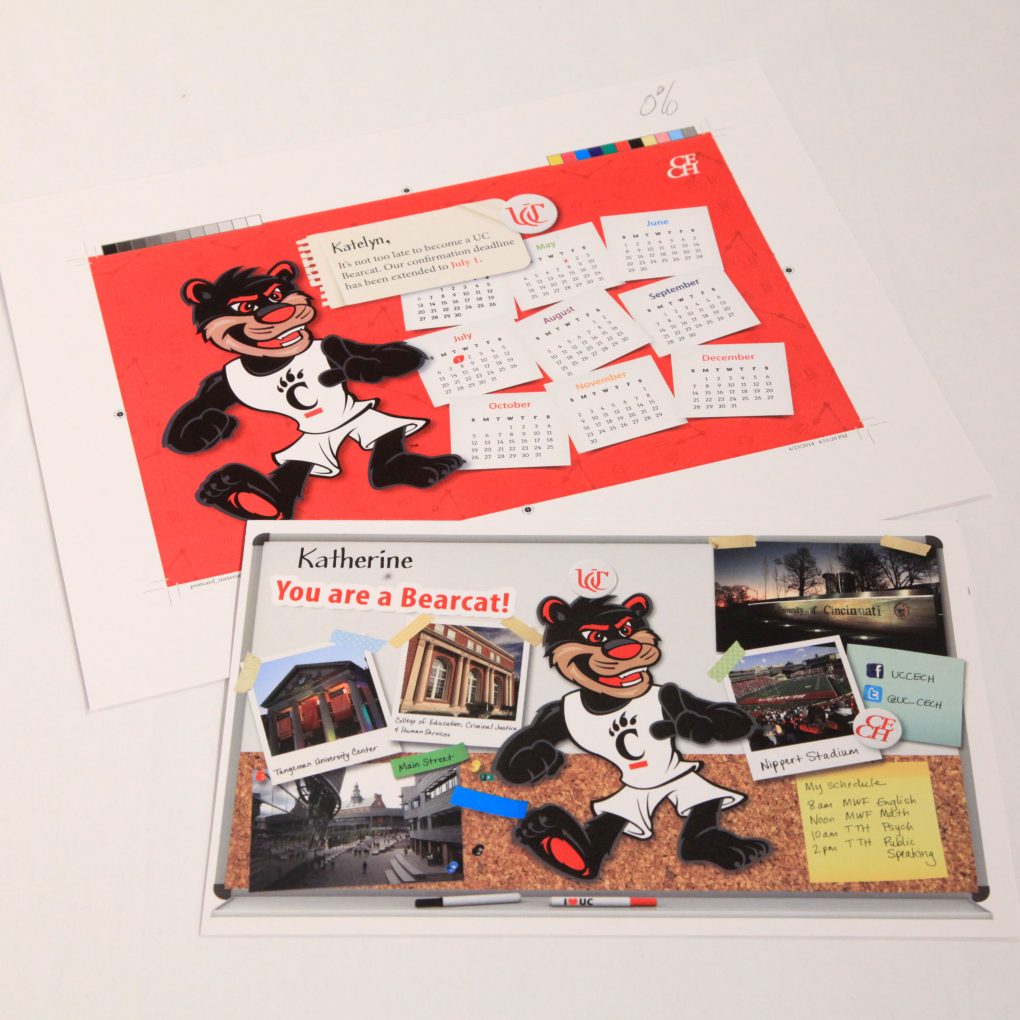 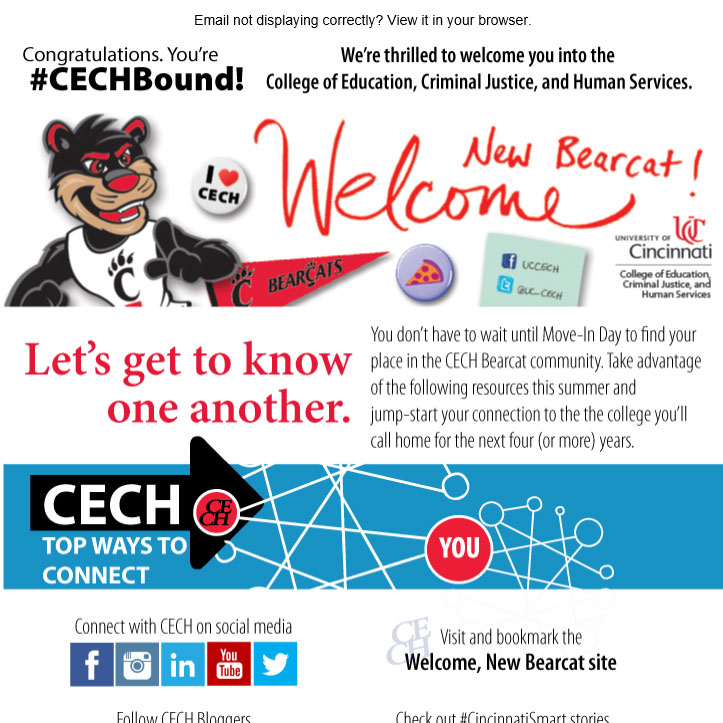